In the late 1960's, TRW began its quest to build a first rate golf course similar to other corporate golf properties such as NCR and Firestone.  After a long search, 1500 acres of land were chosen in Geauga County as the future site of what was to become The TRW Course.  Fifty parcels of land were required, including a dairy farm that occupied much of what is now the Lake Nine.  The original dairy barn still stands on the South side of the parking lot.

After planning a 54 hole layout, eventually shortened to 27 holes, the project needed an architect.  Having recently completed critically acclaimed courses such as Crooked Stick and Harbour Town, the talents of Ohio native Pete Dye were in great demand when he and his brother Roy came to Chesterland to build this course from 1969-1971.

In 1986, the property was sold to American Golf Corporation, and dozens of new names were suggested for the course.  The company finally settled on a name reminiscent of early gritsmill owner and original settler Milo Fowler, and chose Fowler's Mill.  Since then, the signature railroad ties, split fairways, and wooden bridges first conceived on Pete and Alice Dye's trips to Scotland in the early 1960's have remained unchanged.  The major renovation has been the 7,000 square foot Western Reserve style clubhouse.  Opened in 1998, it has become a lasting symbol of the course's rebirth.

"It thrills me," said Mr. Dye, "when one of my great designs is opened up and can be enjoyed by all golfers."  We hope our course thrills you as well.  We look forward to seeing you here soon at Fowler's Mill Golf Course. 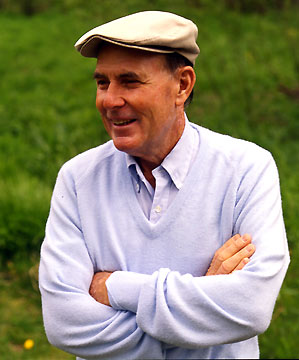